How to Handle Criticism

Home Articles How to Handle Criticism 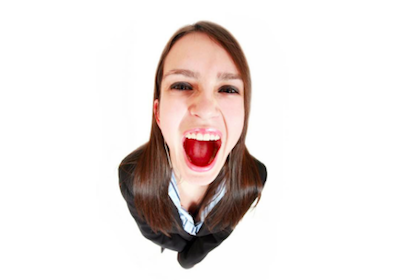 How to Handle Criticism

Greetings!How we communicate with each other often brings hurt and criticism. One person’s viewpoint differs from the other and criticism surfaces so that one will often ‘correct’ or change the other towards ‘better’ behaviour.

We must remember that that we cannot change others. We can only demonstrate more positive behaviour. When criticism is raised by one, the worst is to fight back with a similar dose of unfriendly language.

Ricky (The Voice) Lien
[Write to me]

How well can you handle criticism? How do you deal appropriately with criticism when it is given to you either by your superiors or customers or subordinates? Can you deal with criticism on the home front?

A measure of a strong image of a great communicator is the ability in the first response to take all criticism seriously but to take it as meant in good spirit.

When the other person criticises you, it is a stressful state for that person, and s/he may not be able to express themselves as clearly or as calmly as they would in an unstressed state.

Listen to the criticism attentively, take one or two deep breaths, and ask open questions to determine accurately what the criticism is about. By doing this, you boost your image and you show respect towards the other, even though you may totally disagree with what is being said. Keep on breathing deeply to remain calm.

By doing so, you avoid looking and being defensiveand that you accept the possibility that your actions or behaviour may need to be improved in some way. You would look weak and even egocentric if you deny or reject what is being said.

If it is your boss that is making the criticism, obviously you must listen to it, assume it is valid, and do something about it. With your boss’s input, decide what behaviours need to be corrected, and what you are going to do to improve.

Later, review your progress with your superior and see if the situation has improved. This can only work in your favour as your boss will see that you have taken action.

Never assume to know as to what your boss thinks are the most important tasks or procedures to complete. Check regularly to ensure that you are working on your superior’s priorities amongst your other activities.

Change is a constant, and what with internal policy changes, changes in the market place, changes in within the organisation, you must keep abreast of what are the priorities and how they need to be performed.

What happens if criticism comes from a peer? You would still listen actively without making any defensive moves. The criticism may be valid or invalid, well-meaning or malicious. How you act depends on the situation you are in – you may ask for more information or you may also decide to do nothing about it.

However it is, thank your peer for the information and subsequently consider your options. Certainly, do not try to explain away your behaviour as you will have a strong possibility of getting into an argument that either gets you to look defensive or to give satisfaction to a gossiper.

Sometimes, the best response to criticism is to simply listen to it, and say thank you to the person. Then decide if any change in behaviour on your part is warranted.

You may wish to agree on the bigger picture, for example, if your peer says that you are usually late with marketing information to the department, just agree on the principle.

Say something like, “Yes, I agree that monthly marketing information, needs to be submitted in timely fashion”. Now if this is true, that you have been late with your information, ensure that you are on time in future. Show best through your actions.

Remember that criticism from wherever it comes is not necessarily damaging. However, it may be if you handle it defensively. Take it on board, say ‘thank you’ to the criticiser and think about what has been said.

You can also reframe the conversation, so that the criticism serves to warn you of a blind spot and a message that your behaviour is being interpreted as not serving what is important to the other person.

You just won’t know if the criticism really applies to you if you are busily defensively arguing about it. Don’t be so busy doing this that you can’t hear what is being said and to view it in its proper perspective.

Often, the other’s criticism may not even be about you. It’s about them feeling stressed out by some other issue and they’re taking it out on you.

The next time you receive criticism, handle it like the champion that you are. Stay grounded, be aware of your emotions, and say what matters most to move the relationship forward.

What are your thoughts on this?